What was supposed to be Day 1 yesterday at the K&N Filters Spring Fling Million presented by OPTIMA Batteries for time trials along with the American Race Cars/Todd’s Extreme Paint Dragster Shootout, was rudely interrupted by Mother Nature. A persistent rain all day forced a total cancelation. Bristol Dragway staff began hard at work drying the track at 4:00 AM with the plan being to allow each competitor a single time trial followed by eliminations for the first of three $30,000-to-win races.

This race was originally scheduled to be run in Las Vegas in April, but COVID concerns forced Fling promoters Kyle Seipel and Pete Biondo to move it to the east coast, with at the time, no idea when the city of Las Vegas would allow a return to racing. Now with the country slowing reopening and not to forget their west coast customers, a Fall Fling West has been scheduled and will take place October 15-18 in Las Vegas.

Yesterday’s Dragster Shootout, which is a limited field of 32 pre-entered racers, will take place at some point during the week. The main event, the Spring Fling Million brought to you by Maytag/Silverstate Refrigeration will be contested on Friday, with a progressive payout that tops off at $1,000,000 depending on car count, but nonetheless having a guarantee of $250,000 to the winner regardless of cars.

Maytag/Silverstate Refrigeration Wednesday had 494 cars making their way down the track for the first round of eliminations. Due in part to that number along with getting started later than anticipated, Fling officials made the executive decision to cancel buybacks for today. The first round took slightly more than four-a-half hours to complete, so it had become a marathon. 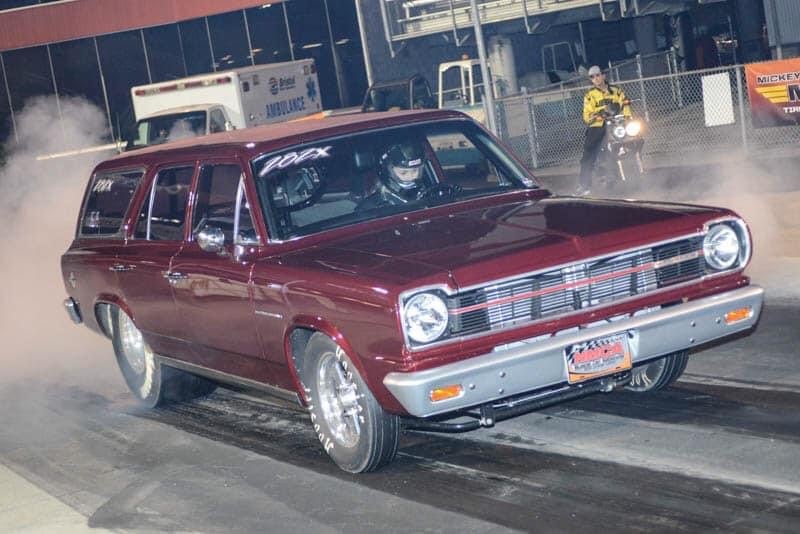 Semifinals, McCarty over Sinkler and Dauber over Smith to set up a door car versus dragster final round. 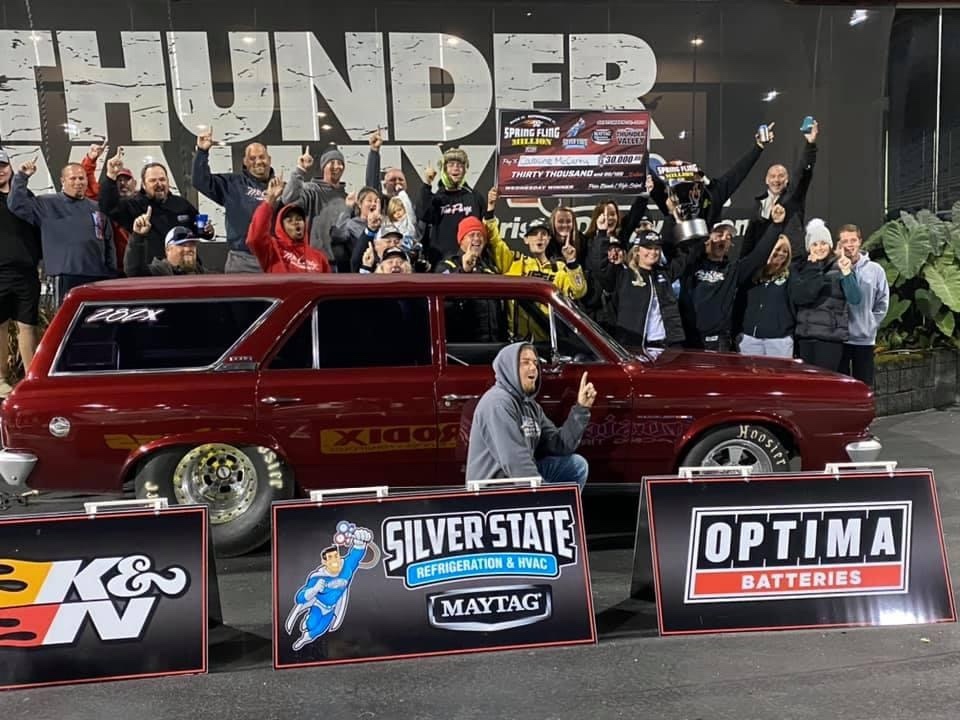 And the person who has probably made more runs down Bristol Dragway in a Jr. Dragster than anything else, scored her biggest win when Dauber turned on the red-light by -.005. Seventeen years old and maybe still considered a “girl,” but Caraline McCarty has cemented her legacy as a very tough racer with a lot more wins in her future.

All week long, MotorManiaTV.com will be on hand to live stream the action with sponsorship assistance from Mickey Thompson Performance Tires & Wheels and JEGS Performance. For all info and results, visit bracketraces.com.