Flintstone, Georgia — Chasing an IHRA Summit Pro-Am championship is an arduous task that consumes countless hours. The time spent pursuing a points series includes many hours in the garage preparing race cars for competition against the best racers in the country, hours spent on the road traveling to races, and testing combinations can add up over the course of a season. Now, throw into that mix the additional task of pursuing a graduate degree and the adage of not enough hours in the day becomes applicable. Mark Miles has had this experience over the past two years and was able to perform at a high level and not only win one, but two Division 2 championships and narrowly missing out on a third, while also completing his Masters of Business Administration degree. “I don’t know what I was thinking when I signed up for all of that” states Miles. “I had put off getting my Master’s degree for far too long and just decided to make the commitment and get it done.” When he attended the Memphis Wildcard Pro-Am event in 2013, the plan for the Master’s degree was in full swing then something unprecedented happened. On Father’s Day weekend, Miles was able to win both the Quick Rod and Super Rod Day 1 events and then battle his way to the final in the 6.40 Super Rod category on Day 2 of the event. The three final’s in one weekend place him solidly in the points chase and kicked off an unplanned summer of chasing points. “I remember being at the Carolina points race in the fall sitting in the trailer writing term papers and studying. After I won Quick Rod in the Sunday race there in Carolina, I remembered that I still had an exam to take” Miles told, adding “So there we were riding down I-20 and I was taking an online test and lo and behold, my computer battery starts to die and I am in full panic mode. I think I actually failed that test!” Not a great start in the first semester of classes.

However, success on the track continued the next weekend at the season finale in Darlington, South Carolina. Miles and the crew hit pay dirt again the 5.70 Quick Rod class on Saturday night, which iced the Division 2 Championship. The dreams of a double championship fell to the wayside that weekend however as engine woes sidelined his 1968 Camaro on Sunday and Miles had to settle for a respectable second place finish in the division. “We missed the double championship by only 4 points. Those opportunities don’t come along very often and I was very aware of the implications of that moment to the detriment of the engine in my Camaro, quite honestly.” PAR Racing Engines took care of those woes and had Mark and his team ready for the Tournament of Champions in October. At that race, Miles fell short of winning the world championships but finished 3rd in Super Rod with his newly rebuilt mill and 4th in Quick Rod for the 2013 Season.

Now, fast forward to 2014. After a long winter focusing on his studies, Miles and team headed out for Carolina Dragway’s Division 2 event. “I stunk,” stated Miles of his efforts that weekend. “I don’t know if I had spent too much time focusing on classes or if I just had a Championship hangover. Whatever the cause, I got off to a rough start to 2014.” The next race in Bradenton, Florida was a bit of a get-well weekend. A runner-up finish in Quick Rod at the Nitro Jam race on Saturday was followed up with a runner-up finish in Super Rod on Sunday of the event. “Racing at the Nitro Jam event was pretty neat as it as close to a national event IHRA has right now and the stands were packed. Racing in that kind of environment causes you elevate your game and every round was pressure packed” Miles recalled. The event also saw the team pick up the Armor Coat Best Appearing Crew award. What the team did not realize was the first two events were indicative of how the season would go. Early round losses or late round finishes were how the season went and Miles went into this year’s final event in Darlington on the outside looking in. He was fifth in points in Quick Rod and third in Super Rod but by a very small margin. During the time between Memphis and Darlington, Miles was able to complete his MBA with a 3.77 GPA and his degree being conveyed on August 18th. “I am glad that is done” said a relieved miles. What happened next is just like the story goes, it was the best of times, it was the worst of times. A win in Quick Rod vaulted Miles to the top of the standings by a very small margin with a day of racing remaining. Super Rod competition saw Miles gaining points but his closest competitors keeping pace. On Sunday, the theme in 5.70 competition continued with a first round loss. “I was left to be a spectator the rest of the event, which wasn’t stressful at all,” state Miles sarcastically. “ I had already called home and told my wife, Mechelle, that I probably wouldn’t win in QR but she told me to put that aside and focus on Super Rod.” Good advice but Miles couldn’t make it happen for the Camaro. A computer glitch in the second round led to a re-run where a faltering track led to a less than typical performance. “My Camaro is really a great car, despite its age. It had been so hot that weekend, I think the track finally gave up on Sunday but up to that point it had been pretty good.”

Next up for the Miles Motorsports team is the Tournament of Champions race in Memphis, Tennessee on October 11th. “The thousands of racers starting out the year all have the same goal of winning a world championship. Now we are down to only 18 racers who have a shot at that IHRA World Championship Iron Man. I feel really fortunate to be back this year.” Miles stated. The driver also wanted to thank his crew, led by Tony Helms and Sonny Miles with support of his wife, Mechelle, and two sons, Wyatt and Wade. Further, there are a few product supporters who offer technical expertise to the Miles Motorsports team, FTI Transmissions, PAR Racing Engines, Mickey Thompson Tires, Dynatech, AFCO, and Wildwood Motorsports. 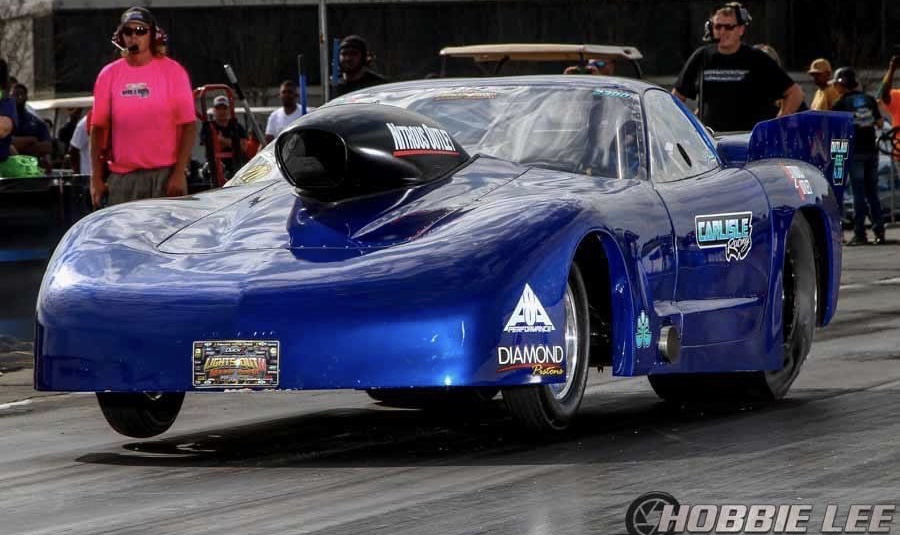