It was a Reese Brothers Race Cars final round of Duck X Production’s Sweet 16 3.0 at South Georgia Motorsports Park as J.R. Gray defeated David Reese on a hole-shot in the final round of Radial vs the World in a Camaro Nitrous vs Blower battle. 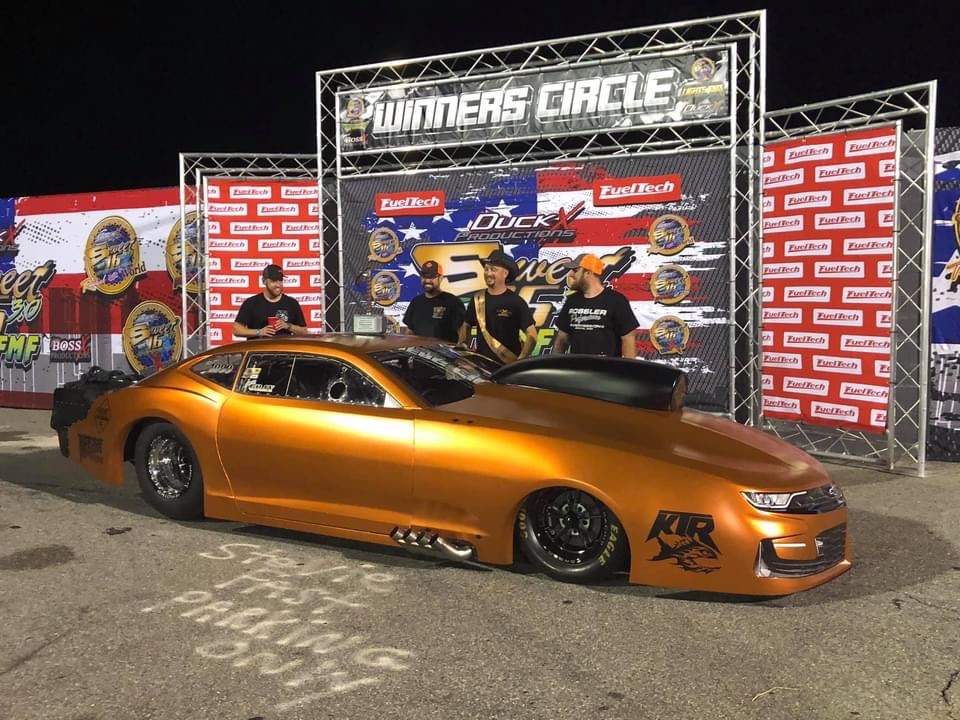 Gray qualified in the #2 position with his Musi powered Camaro and lit up the scoreboard 3.57 in the second round, defeating Ken Quartuccio’s 3.60. 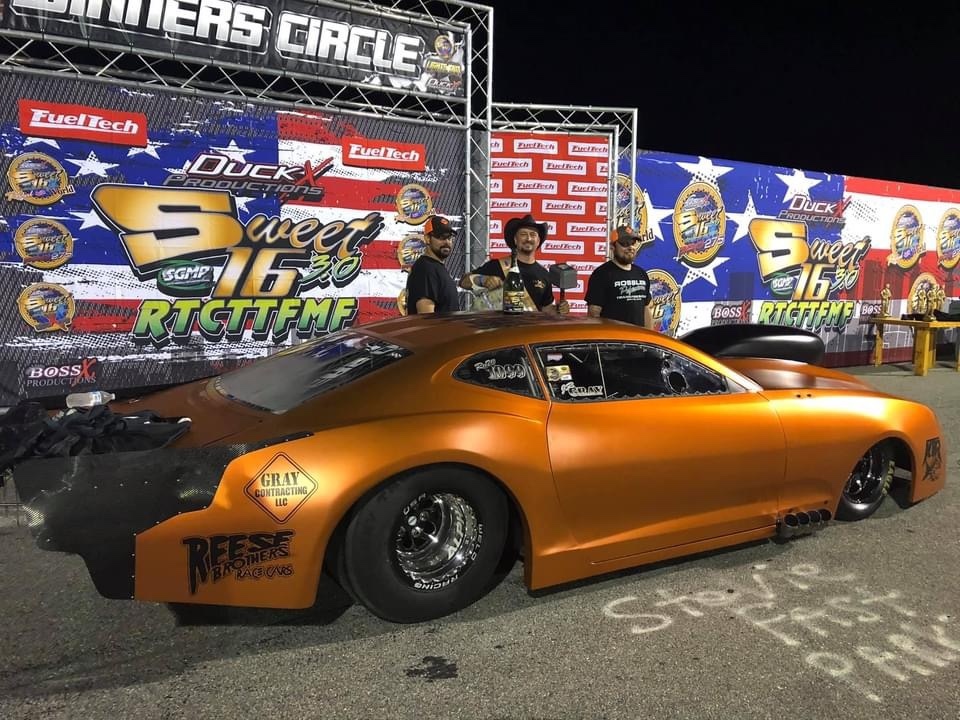 Gray recently debuted this beautiful Camaro built by David Reese in a matter of weeks. The world knew Gray would be a contender in the class, a grudge racer who has won multiple big-dollar matches.

Below is a great ladder produced by RacingOutlawz 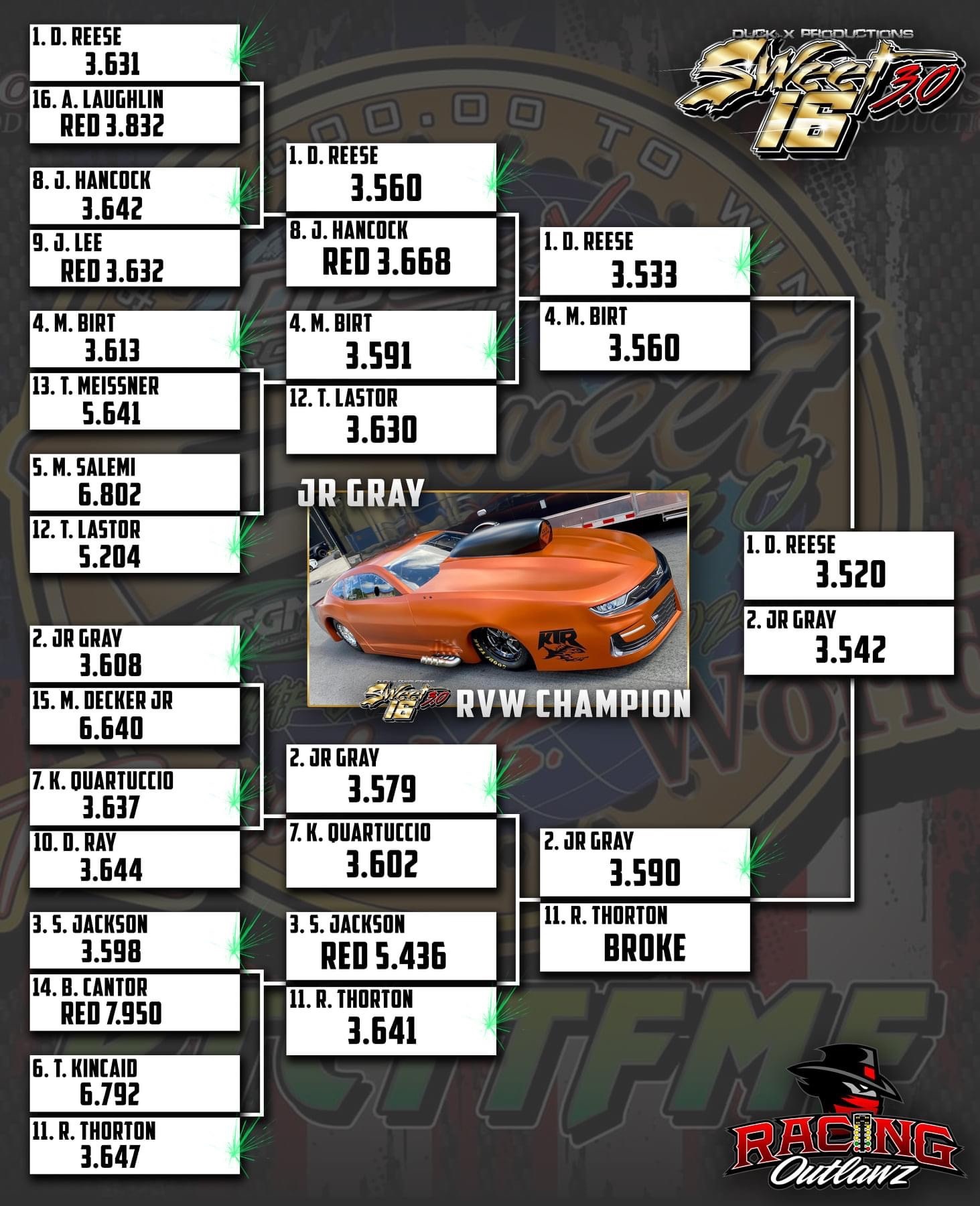