Belle Rose, LA — A team of two, in one trailer, drove from Alabama to Belle Rose, LA to compete in the the 3rd Annual Southern Big Buck Nationals at No Problem Raceway. It would be those two teammates facing each other in the final round with Brandon Taylor taking the win over Stephen McCrory in Saturday’s Main Event.

Taylor was behind the wheel of his American Race Cars dragster while McCrory took Rickie Taylor’s Nova several rounds, landing him in the finals. 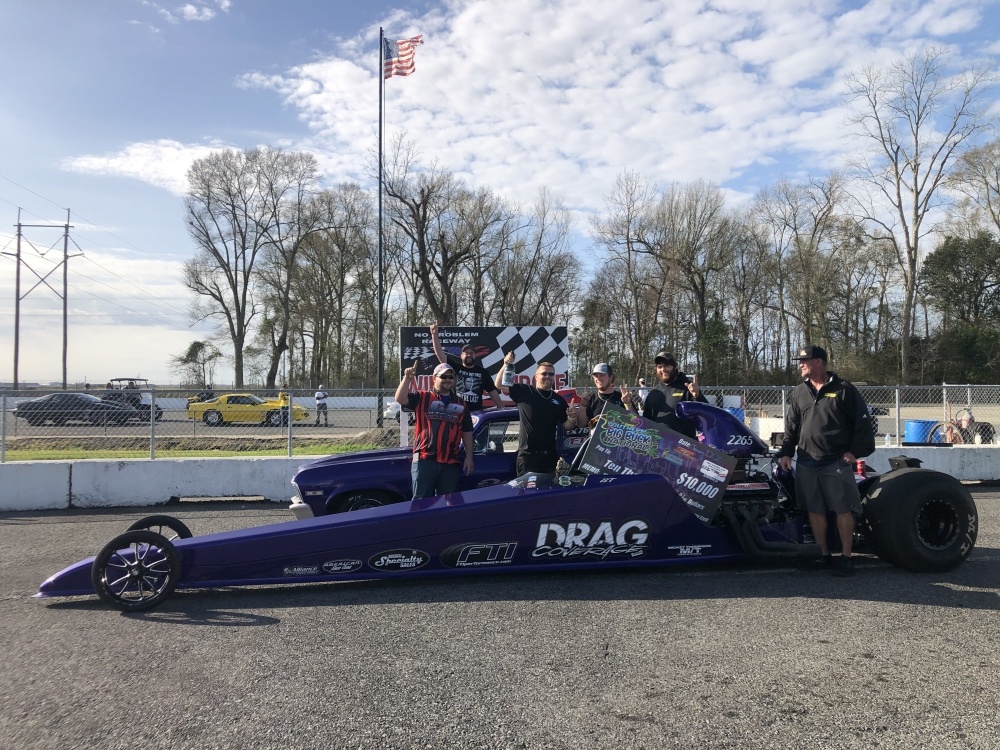 Great event by Cody Pollage, Johnny Ezell, No Problem Raceway, and all others involved.