Two Summit Racing Equipment Triple 50’s have been completed at the 25th Anniversary of the Mickey Thompson Million Dollar Race and both final rounds included one racer on the property and that’s Bailey Ferraro.  Ferraro was runner-up in Wednesday’s Triple 50K to Nick Hastings and ten rounds later he wins Thursday’s Triple 50K after defeating Josh Burrow in the final round.  That makes three final rounds and two race wins within the last four days  for the “young gun” who also won the Glenn Smith Chevrolet Bracket Series race this past weekend at Montgomery Raceway Park.

In the final round, Ferraro was .024 on the reaction and crosses the finish-line .007 in front of Burrow. Ferraro had a perfect reaction time on his bye-run in the semi finals. 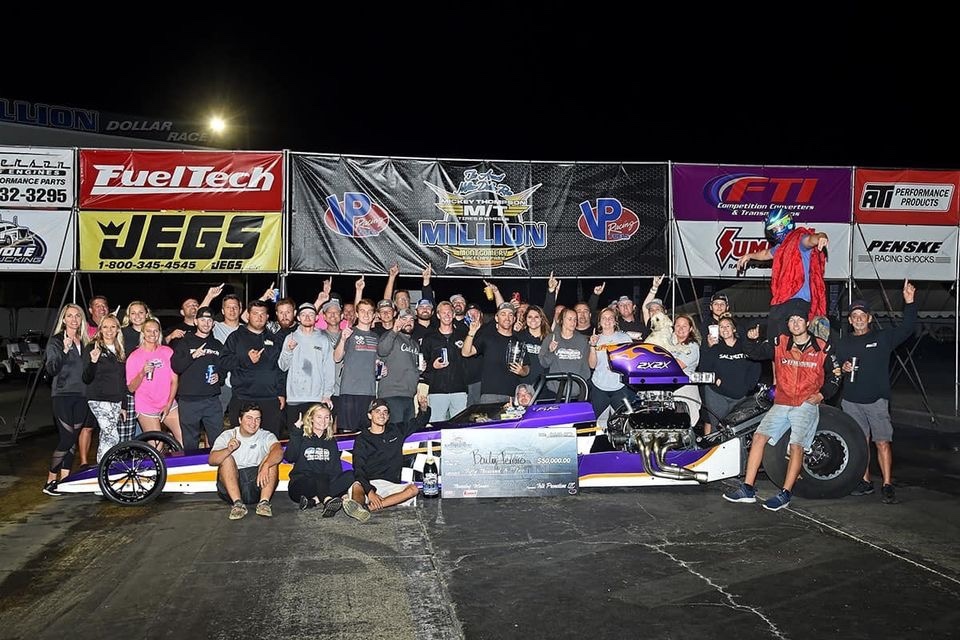 Ferraro said “this win feels unreal and it’s hard to believe right now. After racing in the finals last night, it wasn’t until 5th or 6th round today where I actually believed that I had another chance to race another final here. I honestly couldn’t believe my win-light came finals. I had to look at the timeslip a couple of times. I’ve have had a rough last two months of racing and wasn’t sure when things were going to turn around so this win feels really good.”

“I couldn’t do it without my dad and the McCarty’s. I can’t thank them enough,” Ferraro added.

Dillon Eason was the lone semi-finalist.  Nick Folk, Nathan Martin, and Blake Richardson were the quarter-finalists. 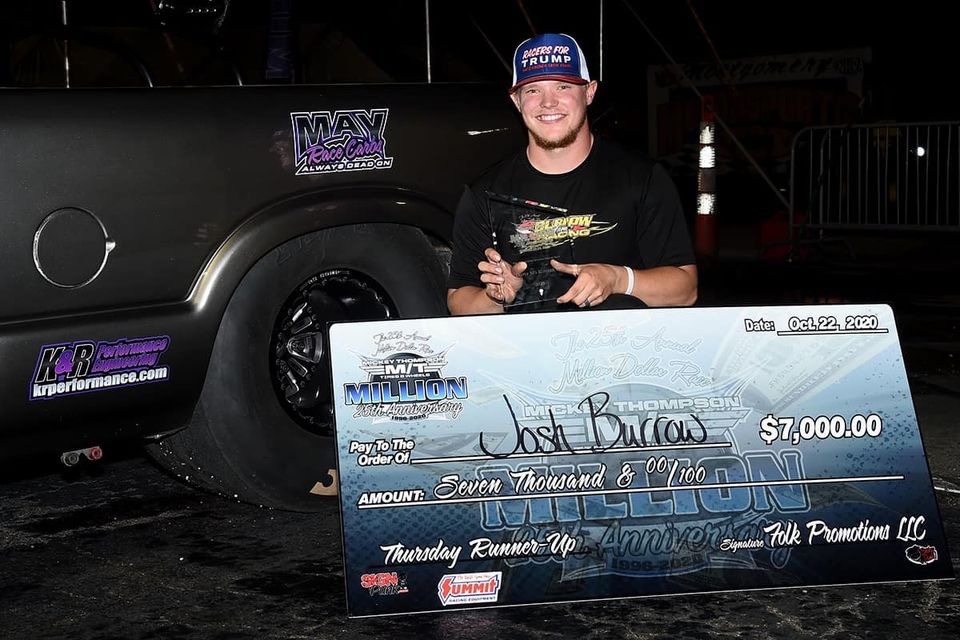 Who will go down in history as the winner of the Mickey Thompson Performance Tires and Wheels 25th Anniversary of the Million Dollar Race? Stay tuned to the Vintage Trailer Sales Live Feed on MotorMania TV or watch it from the staging lanes on the Glenn Smith Chevrolet Jumbotron.

The Legend Sonny Leonard Passes Away