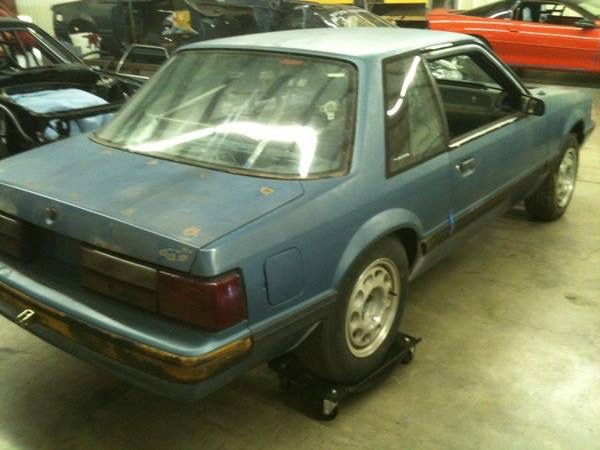 Milton, FL — Hours and hours of race car fabricating and assembly paid off for 26 year old Casey Smith as he debuts one of the most gorgeous foxbody’s that we have ran across in quite a while. The beautiful red 1989 Mustang deserves the name “Red Ruby,”

When Smith picked up this project from Tim Lyons of Tennessee, his work was cut out for him. Lyons, a builder of several X275 and drag radial cars, had installed the cage, but the rest was up to Smith to complete.

“I learned quite a bit building this car,” said Casey. “Lyons is one of the best in the business, but I knew this would be a big project when we left his shop. I pretty much fabricated every piece and everything was done in house. The car is now 25.5 certified.”

“I built the car to run X275 but we are going to start off running the Nitrous X class. This class is growing really fast.”

Smith was quick to thank his dad (Lyle), grandfather, and wife.

“I definitely have to thank my wife for not having a husband for the last 8-10 months, as I built this car,” he added. “Thanks to my grandpa who has helped with the speed-shop, Smith’s High Performance.” Gauges: Altronics Dataquest – has the entire data aquisition system on it.

This weekend Smith plans to attend the Lights Out event at South Georgia Motosports Park. His future plans consists of running local 28 vs 275 races and small block nitrous events across the south east.