Birmingham, AL — There’s a new Pro 275 Car in town and it belongs to the Alabama team of Grady Singleton of Hueytown, AL. I’m here to tell you, it is bad a$$. Not sure if foul language is appropriate for this article, but, it’s just that.

Singleton’s Hemi blown 1969 Chevelle named “Bone Crusher,” better known as “Pipe Shop Gangster,” is ready to take on the world in Pro 275 at Lights Out 12 this week at South Georgia Motorsports Park. 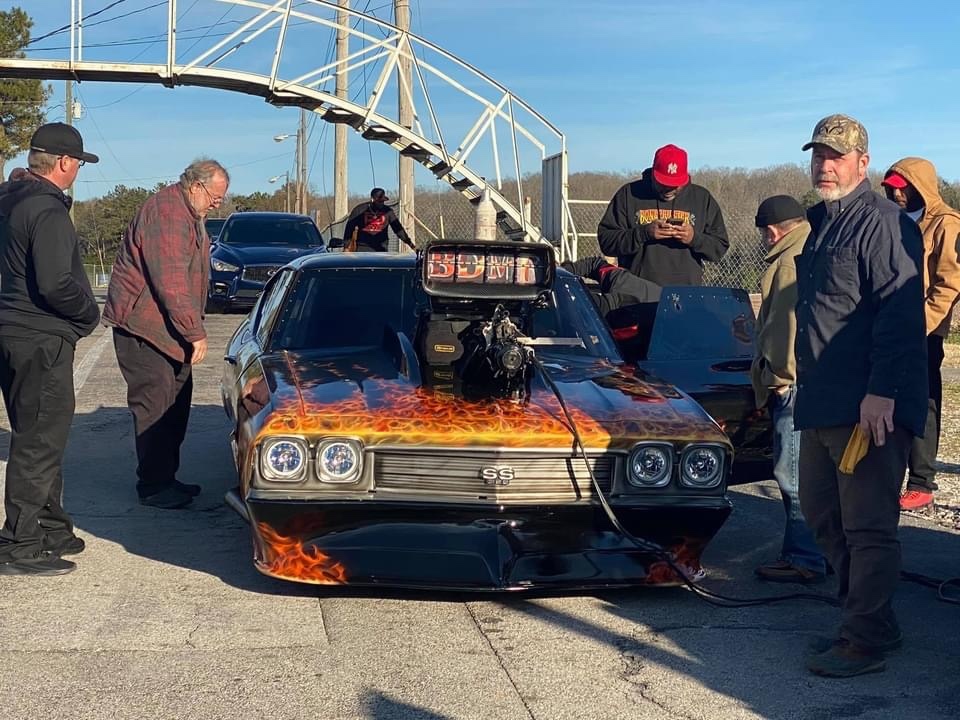 Although the car was not originally built by Reese Brothers Race Cars, David Reese basically cut the entire car apart and rebuilt it for radial racing. The car then went to Hank Stubbs’ shop where he wired it, plumbed all lines, finished the final fit and assembly, and completed the car to “turnkey” status.

It has a Hemi, MBE headed Outlaw motor with a PSI C Rotor Screw Blower and Davis Technologies onboard. 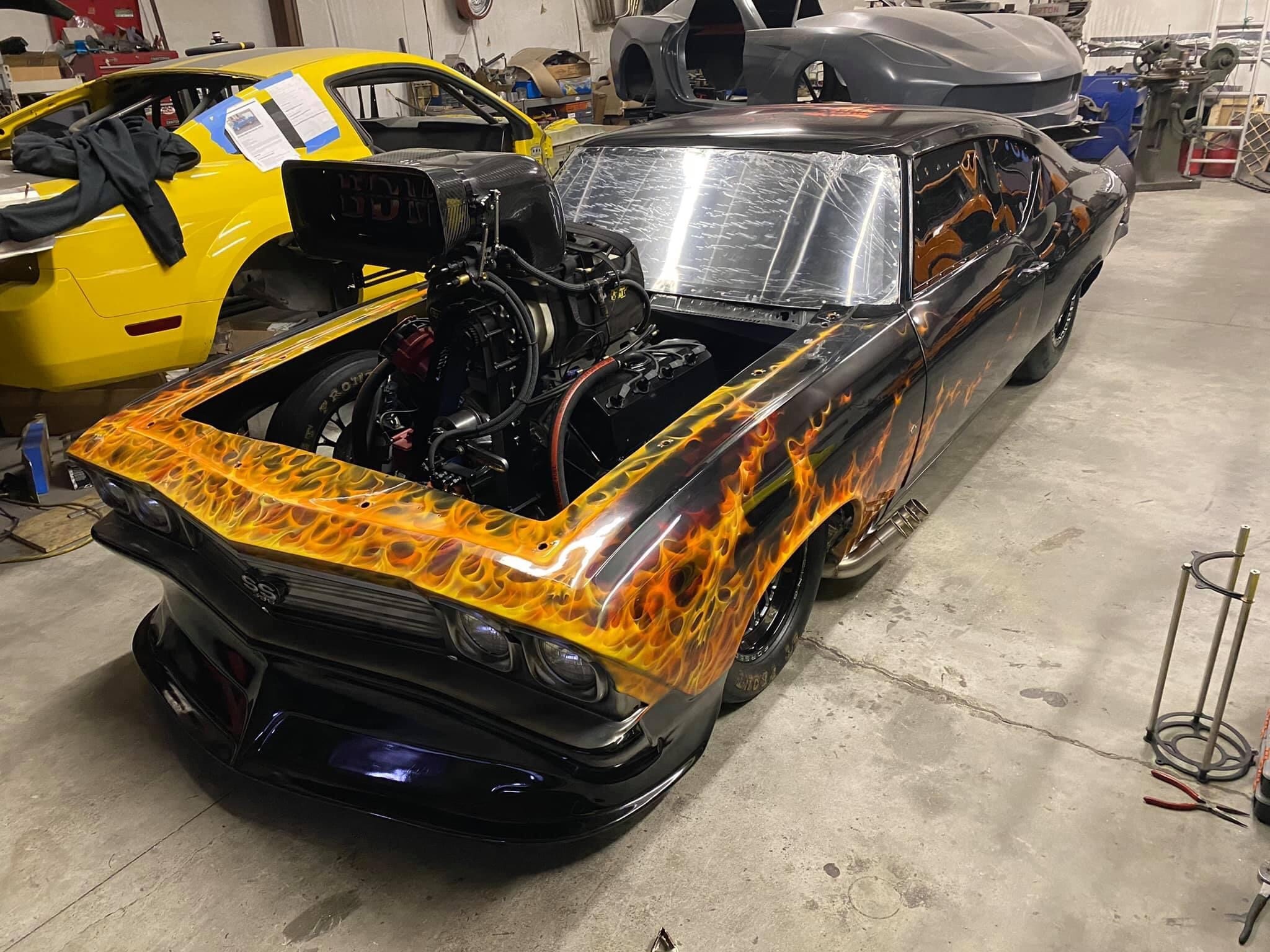 Stubbs will pilot the machine this week in South Georgia during his Pro 275 debut.

The team managed to test the car in Huntsville on Sunday.

Stubbs said “there has been a lot of work in the shop over the past few months to get this hot rod going and we finally get to have a little fun with it. We didn’t have the best first outing but we made steps in the right direction. We won’t give up without a fight.” 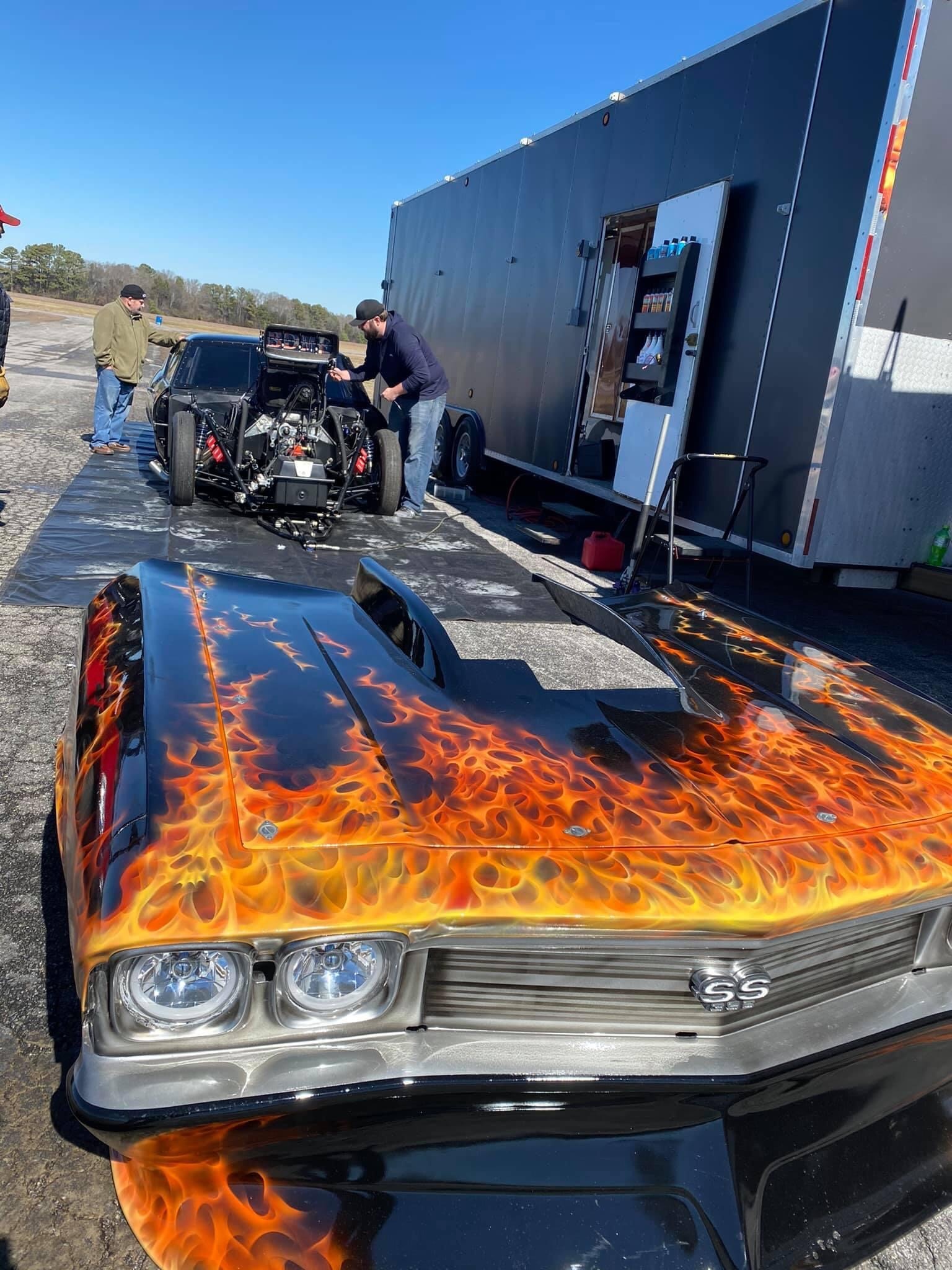 “Thankful that the lord has blessed me with this opportunity.” 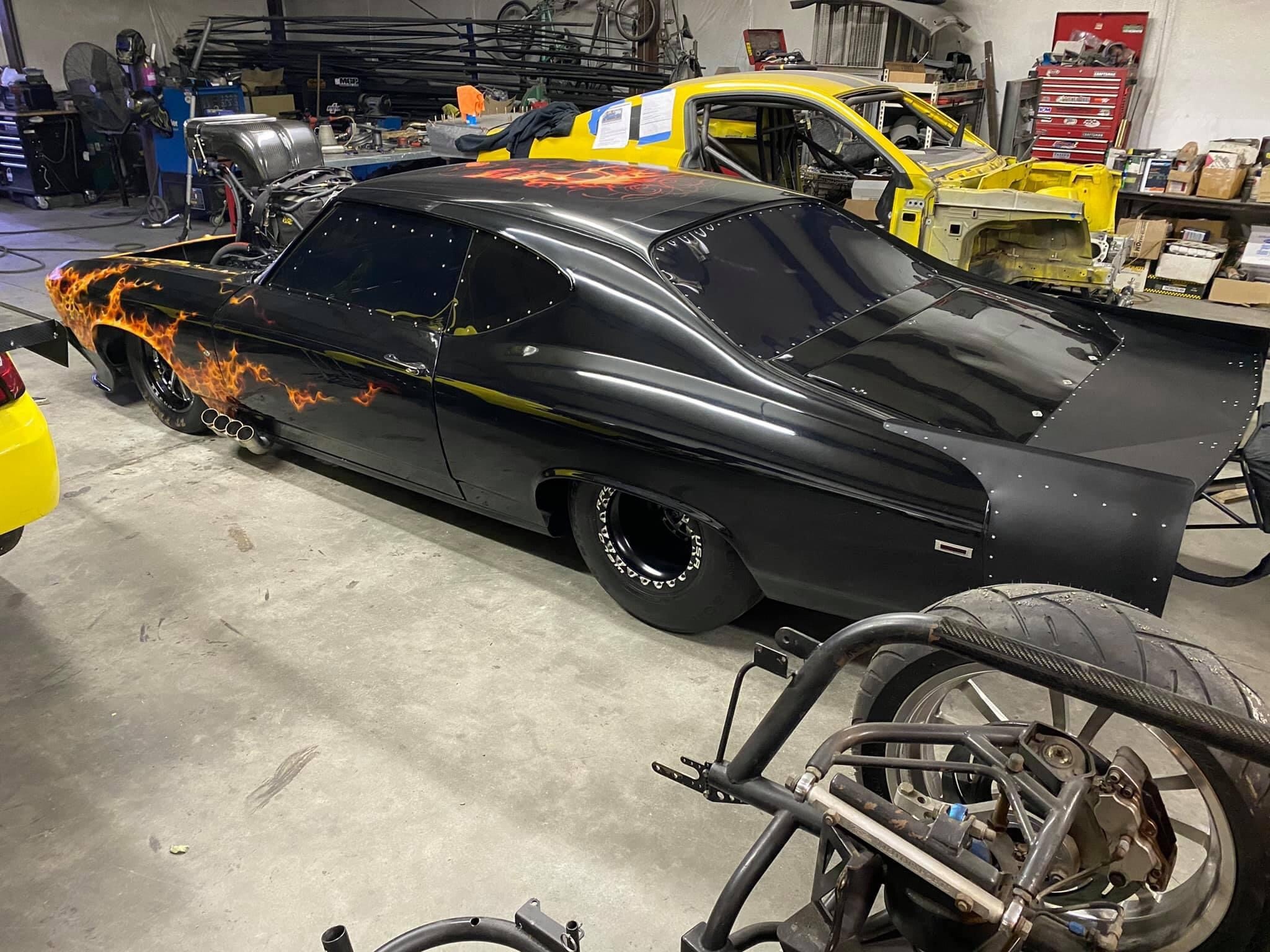 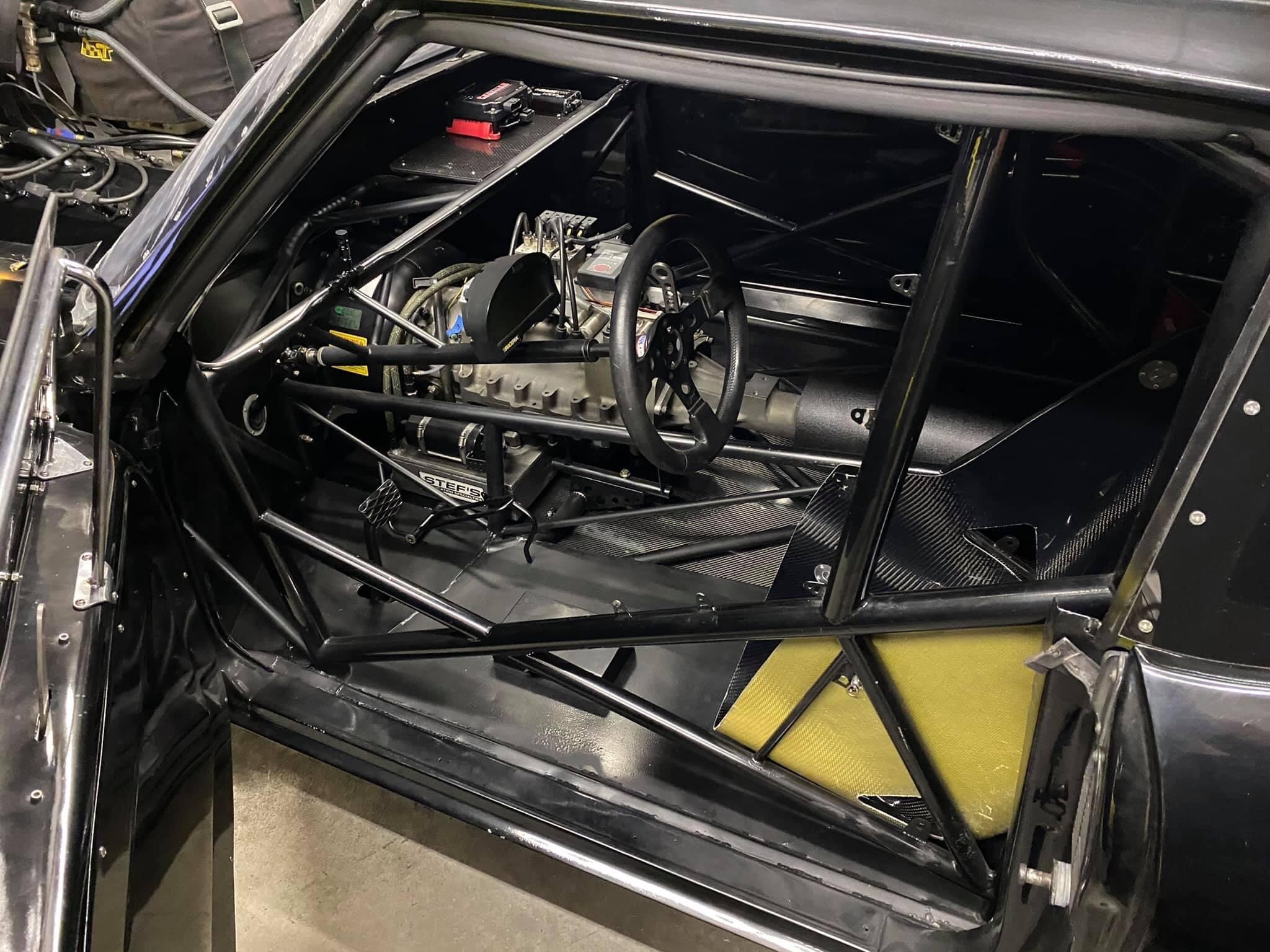 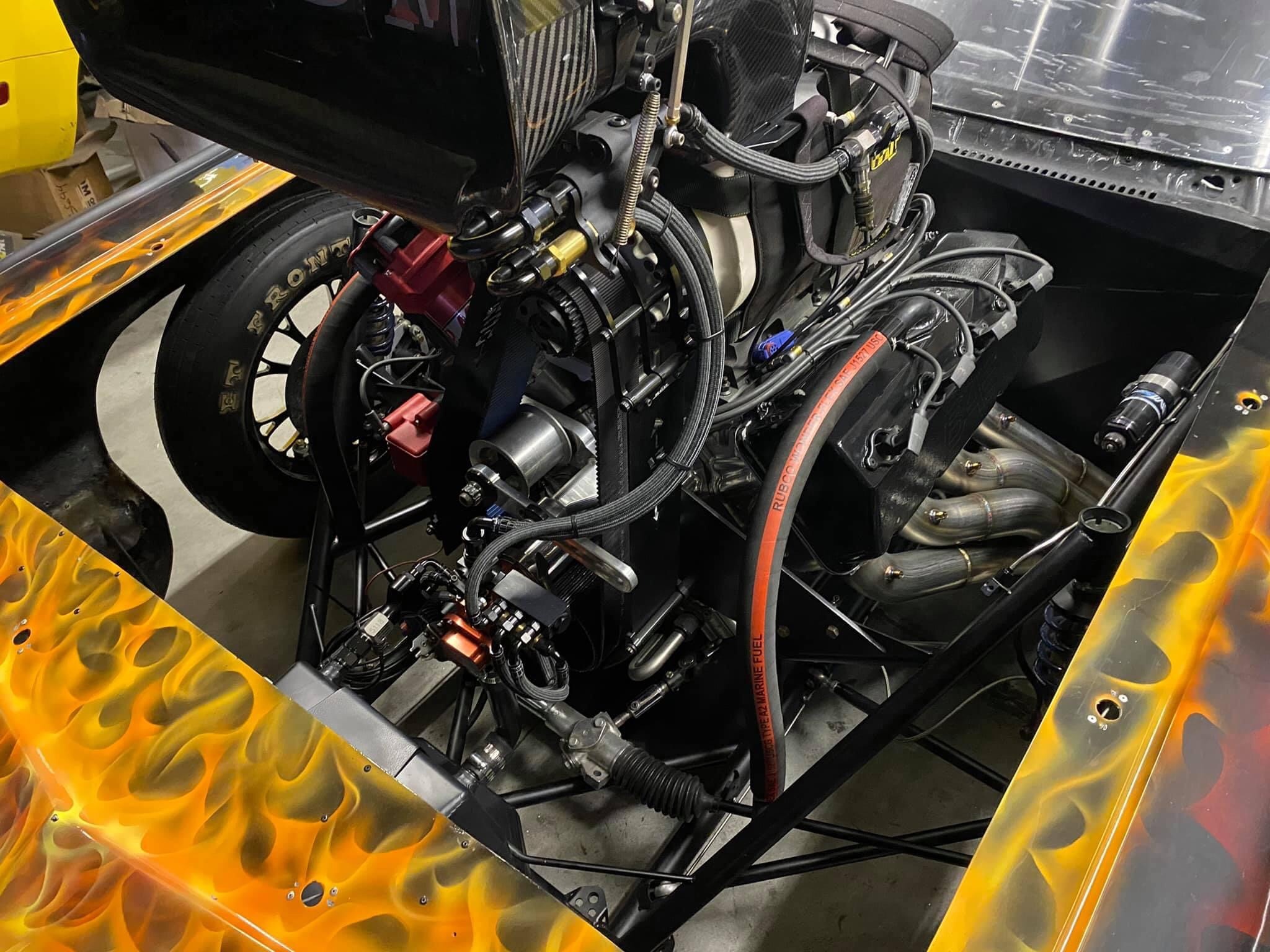